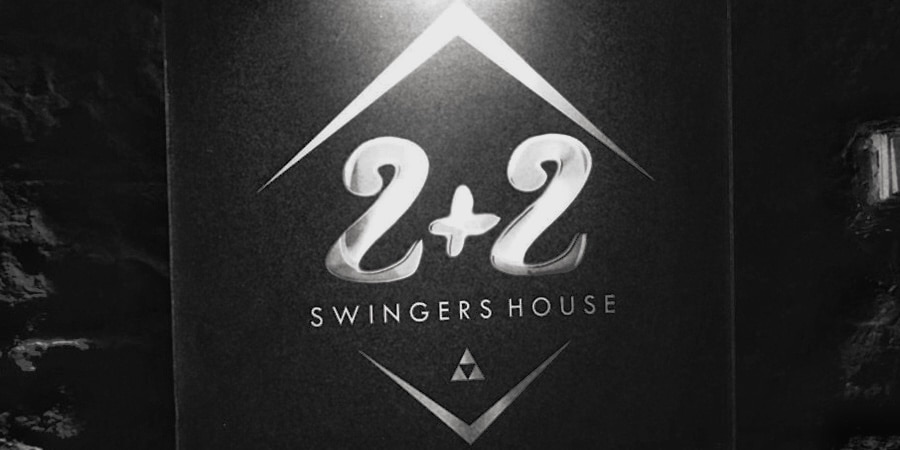 2+2 Swingers Club in Piraeus is only 8 km from Athens centre and definitely worth a visit if you want to explore the Athenian lifestyle scene. Don’t get there before midnight though -Greeks are notorious night owls- and don’t be disappointed if you don’t have much contact with other couples at the bar area: things are bound to get steamy once the party moves upstairs! 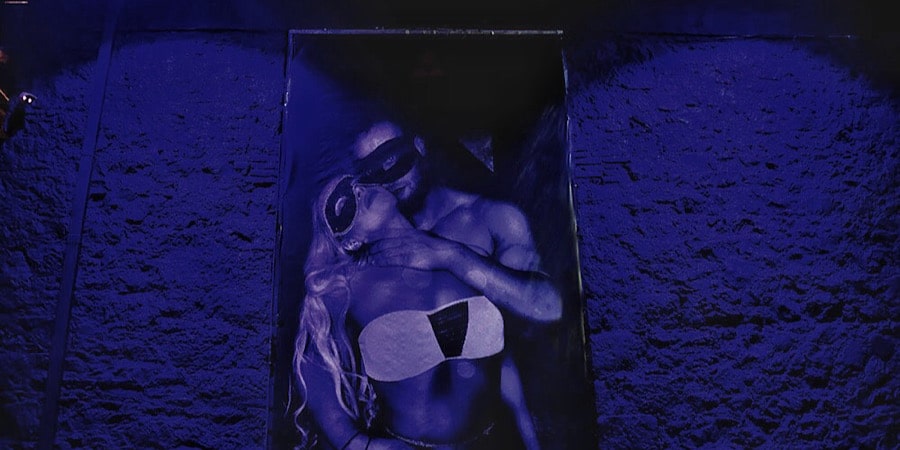 2+2 Swingers Club is situated in the alternative industrial setting of, what used to be, a dodgy part of Piraeus. As you drive through rows of run-down, deserted warehouses, you might have second thoughts about the wisdom of visiting a lifestyle club in the biggest port of Greece. No need to worry though! We were pleasantly surprised when we arrived at the club: we parked without a problem, in front of the club on the street and felt entirely safe. More than that, the area has a certain charm.

In the entrance hall, you will find lockers for your personal belongings. Contrary to most other European swingers clubs, there are no changing rooms at 2+2. Guests are not expected to change outfits after a certain hour -unless they want to take off their clothes, of course, which is entirely possible.

The club features a spacious central open bar with high stools and a dance area with tables around it. There are a couple of small play areas on the same floor, including a gynaecologist’s chair, but the main play area is on the first floor. Don’t expect anything too elaborate, but everything is clean and well-aired and very suitable for 2+2 playing. Most of the rooms have red faux-leather beds and are large enough for a foursome and can be locked from the inside. Couples are not allowed to use the playroom alone. Sharing is obligatory.

2+2 Swingers Club doesn’t have any showers or wet areas but it does offer some sexy toys in the play area. All in all, think of it more like a normal club with adjoining playrooms and a surprise top floor.

Fridays and Saturdays are for couples only and themed evenings regularly organised.

Most swingers clubs in Athens operate underground; 2+2 Swingers Club is one of the very few modern places which doesn’t hesitate to advertise what it offers. Indeed, the club is proudly run by Sotiris, the son of the owner, who took all the time to explain to us the house rules and the background of 2+2. He is also the web-designer of the website of 2+2, and, more importantly perhaps, the mastermind behind the Underwear Gallery.

Natasha from Glyfada. Angie from Havana. Paola from San Domenico. Ada from Piraeus. Dozens of women visited the club and left their sexy knickers behind to decorate the walls of the 2+2 Underwear Gallery. The Gallery extends well into the bar area and constitutes an original and amusing feature for all visitors. For the record, Aliki from Couple of Secrets had to abstain; she was wearing Xander’s favourite set and refused to leave part of it behind. Next time, however, we will make sure she does! 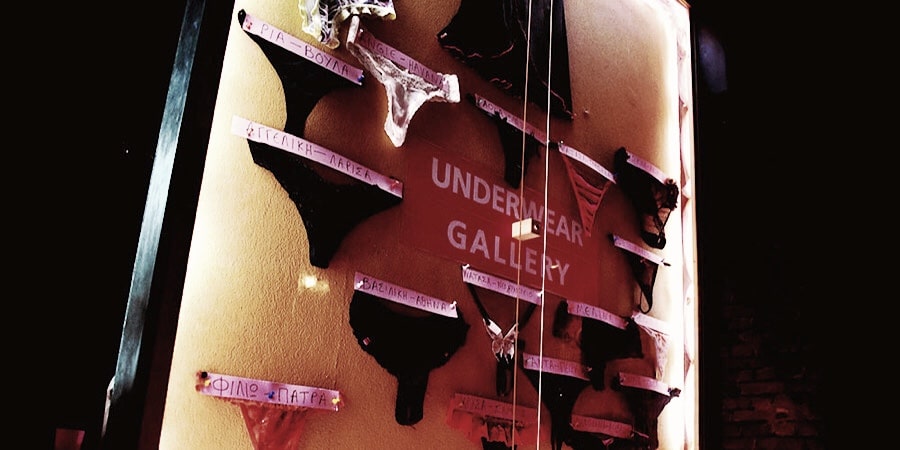 The Underwear Gallery: the 2+2 infamous hall of fame

We cannot really express an opinion on the level of the clientele of 2+2, since we hardly mingled. Unfortunately, everybody seemed to stick to the general Greek clubbing etiquette: arriving well after midnight -we hate to admit we were the first clients to enter- and not socialising in the bar and dancing area -not that anybody was dancing. To be fair, we didn’t stick around to find out how the party atmosphere evolved. Xander spotted a couple of Danes who were open to conversation -and more – so our evening took an exciting turn rather quickly.

Entry to the Club costs 20 EUR -30 EUR on Saturdays- and includes one drink per person. However, unlike other all-inclusive clubs, the price doesn’t include food as 2+2 simply doesn’t offer any. As to drinks, the bar has a decent variety of the most common spirits.

The lifestyle, like any other form of sexual experimentation, can be an opportunity to consolidate your sexual space, even if you are not into full swinging. Talk with your partner about your fantasies and limits and check out our tips for visiting a swingers club without risking your relationship.

2+2 score
3.9 / 5 Our score
{{ reviewsOverall }} / 5 User score (6 votes)
Aliki's opinion
There are some clear differences between the big clubs in the Netherlands and 2+2, but that did not make our experience any less satisfying. The staff was helpful and friendly, the play areas were clean and our partners in pleasure that night very respectable and hot! If you are in Athens, don't hesitate! Before going, check out what to put in your bag for swingers clubs!
Xander's opinion
I love visiting lifestyle clubs in different cities and see how each culture treats swinging. 2+2 was very local, friendly and made for a good night out after a concert at the Athens' Herodeon. Before visiting 2+2 Swingers Club in Athens, have a look at our tips for visiting a swinger’s club with your partner!
Clientele
Cleanliness
Sexy factor
Fun factor
Value for money

Fantasizing about sex with your partner | Where are the limits?
Am I too old to start swinging? | Ageing and sex