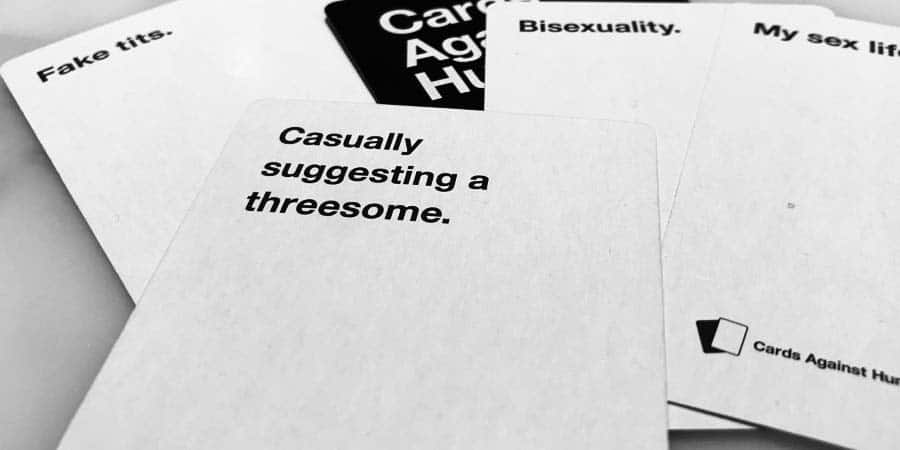 1. The Art of Indiscriminate Pestering

This is the simplest and most straightforward approach. I have a friend who applies it with the consistency of an atomic clock. He regularly makes his wishes known to all of his female friends and those of his girlfriend. This might sound not all too subtle and that’s because it isn’t. Hence one should apply the method with utmost caution. For starters, you never propose to any of your girlfriends’ girl-friends if your girlfriend is not herself present (yes, it does get confusing with all these ‘girls’ and ‘friends’). It might be construed as an opening for cheating.  The same applies when it comes to your own female friends. Your partner will probably not like the idea of you suggesting sex to them in her absence. In any case, I cannot guarantee the success of this method. Suffice it to say that my friend is still waiting for his threesome to happen.

Advantage: It taps on a ready pool of women, some of whom you know very well.

Disadvantage: You might get a reputation for being a sicko and also, do you really want to sleep with friends?

2. The Art of Priming

This approach requires a strategist who knows when to drop hints and ideas to the right person and to do so enticingly without putting pressure. Above all, it requires patience. You will first need to identify a person who could potentially be open to the suggestion. Then you need to send subtle signals that you and your partner are into sexual experimentation and consider their reaction. If it is shock and fainting, then you know that you have burnt that bridge (and possibly the friendship too). Any widening of the pupils accompanied by “Really?! Like what?” means you probably have an opening (unless she starts backing off slowly and reaching for her handbag, in which case, you probably don’t). In case of interest, the next step is to create a scenario conducive to concluding: a drink at home, a weekend-break together…

Advantage: If done artfully, this could be a couple’s way of flirting and seducing someone.

Advantage: The risk of tension with your significant other is negligible.

Disadvantage: You don’t get to choose!

4. The Art of Straight-Forwardness

“Exceptional. It is truly an underestimated experience!”

Advantage: If it works, it works fast.

Disadvantage: If it doesn’t, it might bring your date at an abrupt end.

5. The Art of Swinging

On paper, suggesting a threesome in a libertine place should be the most straightforward option. But don’t count you Unicorns before they hatch (or pop into existence). It’s true that in a swingers club the general understanding is that everyone present is open for some jiggy-jiggy. However, most of the patrons are couples. Which, if you count correctly, would amount to four. Now, don’t get me wrong, foursomes can be extremely satisfying, but they are another thing altogether. You can opt to go the club on days when single men are allowed to participate. But let’s face it, most men don’t really dream of an M,M,F combination. He will be humping my wife while I’m twiddling with my fingers… nah, I’ll pass thank-you-very-much. Swingers’ parties are, according to our experience, a better option to find single women (aka unicorns on account of their rarity). We have had some good three-way fun!

Advantage: You do not have to filter out who is open to sexual adventures.

Disadvantage: The chances of finding a single woman in a club or a guy who’s ready to give up on his wife are rather slim.

6. The Art of Serendipity

This is perhaps the most passive of options, though it still requires you to have a presence at the right places and on the right apps. A couple was recently telling us how they ran into another couple at a night club and after a few drinks found themselves together back home in a jacuzzi, all naked. Not a threesome, admittedly, but still unexpectedly satisfying. Serendipity includes combing sites and apps for libertine lifestyle which include profiles of single women. While having coffee with a friend recently, I showed her a picture of Aliki and she surprised me by saying “She is sexy! Her boobs are so enticing!” As you may imagine neither me, nor Aliki (when I told her) are ready to let the opportunity pass by.

Advantage: When it works, it is a sweet surprise!

Disadvantage: Requires a ton of patience and faith in the ways of the universe.