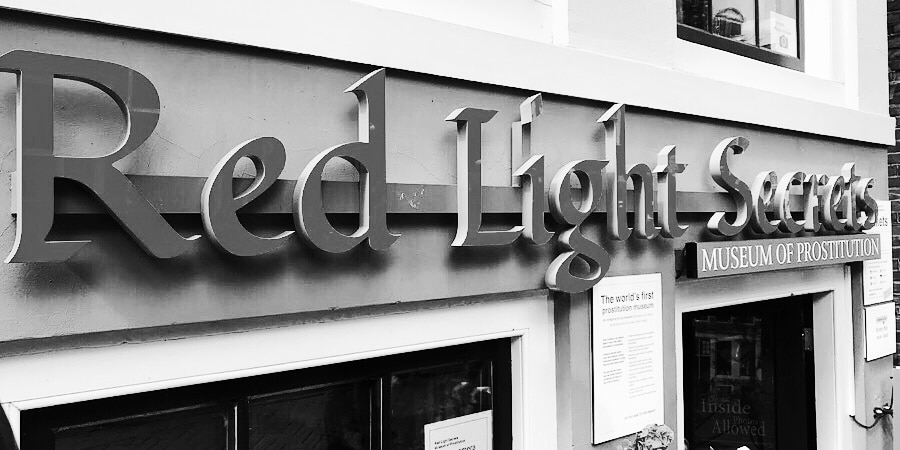 Red Light Secrets Museum in Amsterdam is a peep into De Wallen and its sex-workers.

Why visit the prostitution museum?

This is the first time we’re reviewing a museum; normally we do clubs, boudoirs or sex products. And it’s not by chance. We wanted to get a better picture of what sex workers face in their everyday lives. Plus, we had many practical questions. Is prostitution something a person does just for a while or a job for life? How dangerous is it to be working as a prostitute? Is it possible for sex workers to have a stable intimate relationship? Is it even possible that they occasionally enjoy sex with a client? The Red Light Secrets Museum offers many of these answers.

The inside of a sex worker closet

The building of the Red Light Secrets Museum

A prostitution museum is not a common attraction on a city’s itinerary, but in Amsterdam, it feels as natural as the charming canals. The Red Light Secrets Museum is set in a 17th century canal house in the middle of De Wallen, the red-light district of Amsterdam. It is an actual former brothel and it still blends seamlessly into the bizarre scenery of red-lit windows and “rooms to let”.

The interior decoration of the former brothel is, to a large extent, preserved -one of the most interesting features is an original large corner bathtub that adorns one of the lavish “back-rooms”. The decor gives a very real image of how the working space of sex workers looked like when it was in use. But the Red Light Secrets Museum is more than just a walk through an old bordello. It also includes several modern interactive features that make the experience direct and lively.

One of the museum’s biggest assets is Inga, a former de Wallen sex worker whose voice you hear on the audio guide as you wander around the display. Her candid descriptions and frank stories from the sexual underworld -recounted in her native Russian accent- are often hilarious, at times dark, but always personal and touching.

Another provoking experience is the screen doubling as a “window” across which potential clients pass by and size you up as if you were a sex worker. Very confronting. 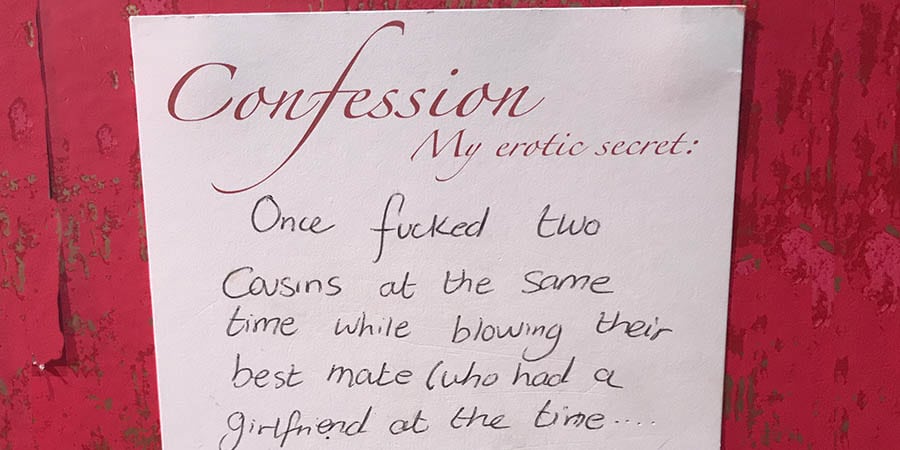 The Red Light Secrets Museum is a well-balanced mix of information, personal stories, salacious images and authentic private objects, like knee-high vinyl boots and corsets. We loved the info boards spread across the museum that tell snippets, anecdotes and true facts on a wide variety of aspects of sex work. We were even presented with the story of a prostitute who was murdered in the former brother -a crime sadly never solved.

At the end of the visit, we took a digital quiz on Amsterdam’s sex industry. We proudly scored high which is a credit to the way the prostitution museum presents the information. We also got to write our secret sexual fantasy and read the confessions of others that came before us.

In total, we spent some 40 minutes in the Red Light Secrets Museum. Unlike other museums of this sort, we didn’t get bored at any point. Quite the opposite: we were quite disappointed when the tour ended. When we stepped out again into the broad daylight, the windows of the red light district had taken a completely different allure in our eyes. 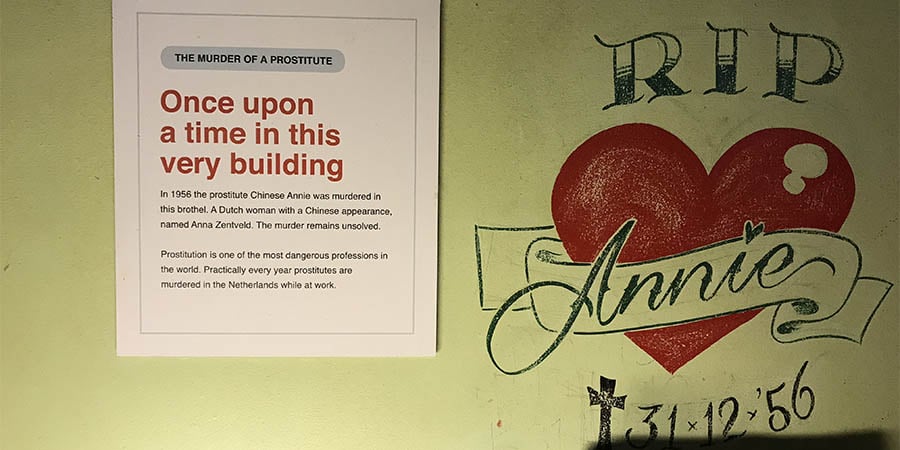 The sad story of ‘Chinese Annie’

How many prostitutes work in Amsterdam? Around 6.750

How many clients visit the Red Light District per year? Millions

How long does the average client stay? The average service time in a window is 5 minutes!

Are prostitutes protected? They have an alarm button, but mostly they rely on each other’s support network.

How many clients does a sex-worker service per day? Inga claims her record was a whopping 110 men in one day!

Are De Wallen sex workers forced into prostitution? For many, it appears to be a choice for a few years, until they make enough money. Pimping is illegal in de Wallen but, unfortunately, the reality is probably more nuanced.

Red Light Secrets - Score
4.6 / 5 Our score
{{ reviewsOverall }} / 5 User score (0 votes)
Aliki's opinion
The Red Light Secrets Museum was a pleasant surprise and perfect addition to one of our sexy weekends in Amsterdam. The presentation was careful and well balanced. I've rarely bonded with an audio guide! I would really like to meet the woman behind the audio guide if she exists!
Xander's opinion
Visiting the prostitution museum was not exactly a sexy experience in itself, but it’s definitely something I recommend, especially to couples who're into sexual exploration. I left the Red Light Secrets Museum with a better understanding of the de Wallen sex trade and the sex-workers that ply it.
Presentation
Ambience
Sexy factor
Fun factor
Value for money