On SM and other demons 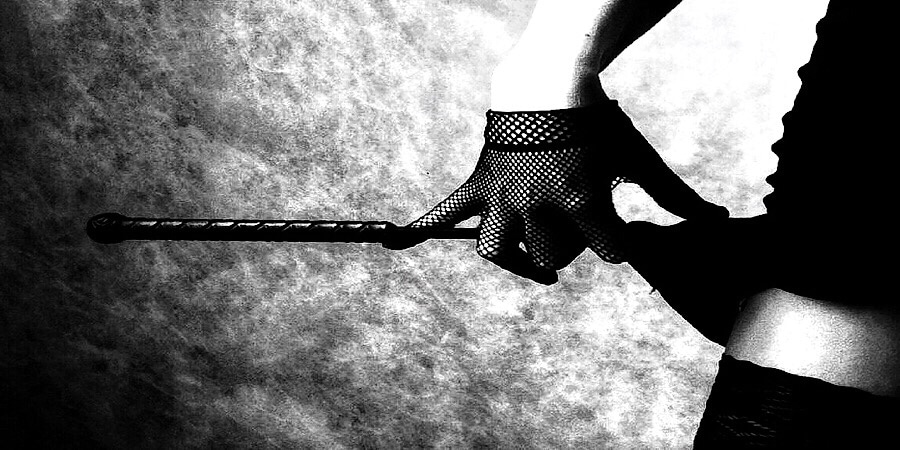 On SM and other demons

A peek at the world of SM

“Everybody can fuck. That’s the easy part. What I do though… SM is another story… I can take you to the limits of your pain and back. Without trespassing them. I might hurt you, but I will not harm you. It’s very delicate work. It takes me a lot of time to build up. One false move, one imperceptible step too far and it will all collapse like a house of cards.”

The guy standing in front of us in his crispy white shirt and the black thick-soled rubber boots has come closer to Xander and me to confide to us. My instinct is to pull back, ever so slightly, and squeeze Xander’s hand a bit harder in mine. It’s the first time I am having an open conversation with a male Dominant. Part of me is intrigued.

Up until now I have never understood the interest of SM. I find the outfits aesthetically exciting, as long as they don’t get extreme. But that’s pretty much all there is to it for me. The more elaborate part of SM fantasies leaves me rather indifferent at best. Perplexed at worst. Though I do see the correlation of pain with pleasure,  I truly do not feel the excitement of being humiliated by your sex partner. Let alone being hurt and/ or humiliated without actually having any sex at all. I mean, doesn’t the whole SM experience serve as a protracted, intricate foreplay? What’s the use of just foreplay?

“When I am with a woman, I am very attentive to her reactions. I push her gradually further and further, but never further than she wants to go. And how far she wants to go may be different every time; it changes, it evolves. I always have to be in perfect sync with my partner.”

I admit I am fascinated now. As I see him standing behind his partner for this evening with a flogger and hitting her rhythmically, her thin skin reddening more with every slap, I cannot help but wonder how she feels: exposed, naked, on all fours, being slapped again and again by him at what seems to be his and only his self-determined pace. He seems to be in perfect control. Cool. Unaroused even. While her excitement apparently increases with every slap on her bare bottom. If I didn’t know better, I’d say she is on some kind of substance.

“She has the capability of transforming pain into pleasure“, he explains to us later, in front of her. “Some people can do that.” She is looking at him with bright eyes, smiling, satisfied.

Oh, well, if you say so. After all, it is a consensual act between adults. And apparently SM is recognised nowadays as a legitimate and even healthy sexual behaviour. People who like to dominate and/ or be dominated as part of a fantasy should not be confused with sadists. SM is not sexual violence or aggression. It doesn’t entail any abuse; quite the opposite. Surprisingly even, SM scenes allegedly can bring about a state of mind where -by relaxing- the brain is at its most productive and creative. According to specialists and practitioners, this focus, at this intensity, can lead to a sense of clarity, a state of ecstasy.

The evening is progressing and the private party we have come to tonight is getting steamy. People are gathering in groups of three and four or more in corners, on couches and in front of the large salon mirror. I haven’t had the time to process any of the information I have just received on SM, when I feel his hands grasping and pulling the roots of my hair from behind. He doesn’t exactly hurt me; it’s more that his touch startles me. It alarms me, it makes me alert.

As I turn excited to concentrate on Xander again, I know that tonight I have irrevocably opened a new door.