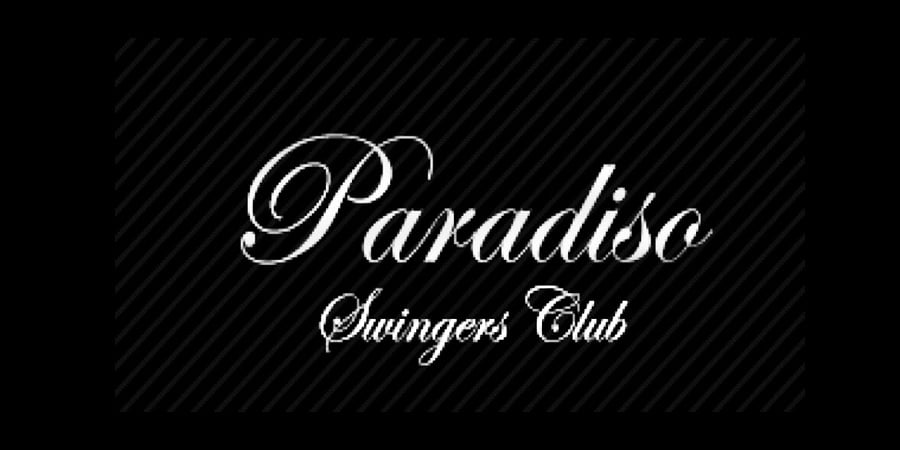 Before visiting the Paradiso swingers club, we had no idea what the Czech swingers’ scene had to offer. But our curiosity was well rewarded. Set in a pleasant neighbourhood, only a short Uber ride away from the old town, Paradiso gave us an authentic taste of the lifestyle in the heart of Prague. So here is our review on the topic “Swingers club Prague – Paradiso”.

Paradiso Club is set in a spacious villa hidden behind a high garden wall. It is tastefully furnished, with a dash of originality, and we found the atmosphere to be very welcoming. 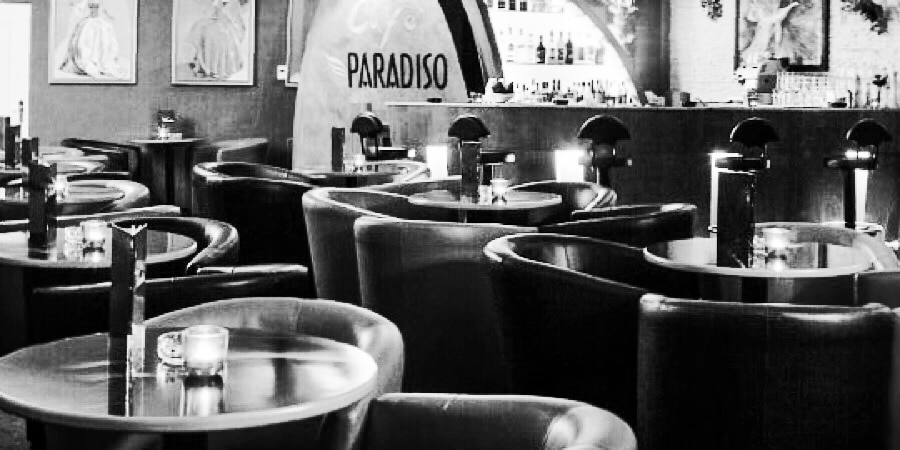 Unlike most other clubs, the moment you walk in, you are not greeted by a dance floor, but by a seated bar area. The red leather armchairs and small round tables, more reminiscent of a French café than a swingers’ club, give the place a sophisticated atmosphere and a touch of romanticism. The set-up lends itself to a more natural manner of starting conversation other than hovering awkwardly with a drink in hand. Then again, if you’re into dancing, you might feel a bit stifled.

On one side of the bar area, there is a raised platform with a pole. We didn’t make much out of it until later in the evening when the stage lit up and a voluptuous stripper strode in. Strutting amongst the tables, she made it a point to tease every man in the room before taking Xander by the hand and leading him on-stage for the rest of the performance!

The changing rooms and the play area are directly accessible from the bar. We found the changing rooms of the Paradiso Club to be of very high standards. They are new, clean and roomy, just like the adjacent shower area. 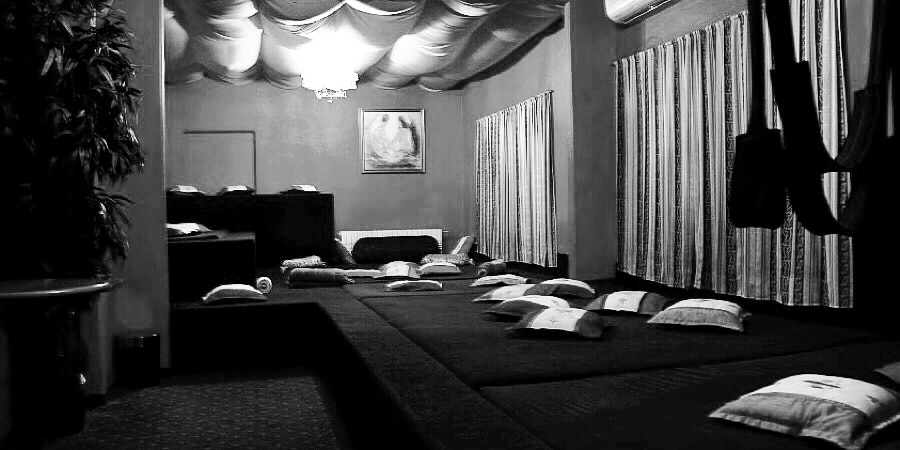 The play area is not huge by the standards of the more international clubs. However, it is varied, comfortable and creates just the right environment to stimulate naughty interactions. The largest of the rooms has raised beds and cushions strewn around. There are also several smaller themed rooms, including the Gothic Room and the French Wall, which is riddled with glory holes. Michael, the owner, told us that together with his wife, Petra, they regularly redo the small rooms one at a time according to a new theme, thus keeping the place exciting and fresh.

For those who like mixing sex and water, Paradiso has a small inside heated pool and an outside terrace. Unfortunately, given that we visited the club on a wintry weekend, we didn’t get to use the latter.

The clientele of the Paradiso was varied but generally classy. Only couples and single women are allowed in. Michael and Petra prefer to keep it that way to ensure a better experience for their clients. The majority were locals and communicating in English was not easy. Still, it did not keep us from mingling with the couples we liked, including a cute lesbian couple. There were also other curious tourists like us, some from as far afield as India.

You have to register online before you can visit Paradiso and that registration is valid for one year.

The entry price for a couple is 1100CZK (c.€43 / $48) per couple on weekends and 900CZK on Wednesdays (c.€35 / $39). Considering that this includes a light buffet dinner it is very reasonable. Drinks can be bought at the bar. Do not expect high-end cocktails or single-malts, but the basics are all there. Paradiso often organises themed nights. Entry prices for these nights may vary.

The lifestyle, like any other form of sexual experimentation, can be an opportunity to consolidate your sexual space, even if you are not into full swinging. Talk with your partner about your fantasies and limits and check out our tips for visiting a swingers club without risking your relationship.

Paradiso - Score
4.2 / 5 Our score
{{ reviewsOverall }} / 5 User score (7 votes)
Aliki's opinion
Paradiso Club offers a more homey atmosphere than most clubs we have been to, while remaining classy and exciting. People around us were sexy, un-presumptuous and respectful: the perfect mix for swingers' fun. Before going, check out what to put in your bag for swingers clubs!
Xander's opinion
I don’t think I’ll ever forget the stripper asking me to mock-hump her in front of a room full of amused couples, or rubbing her tits with ice-cubes! But even without that kind of VIP treatment, I found Paradiso welcoming and exciting. Before visiting Paradiso in Prague, have a look at our tips for visiting a swinger’s club with your partner!
Clientele
Cleanliness
Sexy factor
Fun factor
Value for money

Playing with your lover | having fun in your relationship
Sex Semantics | What is sexy?