Sex on the beach 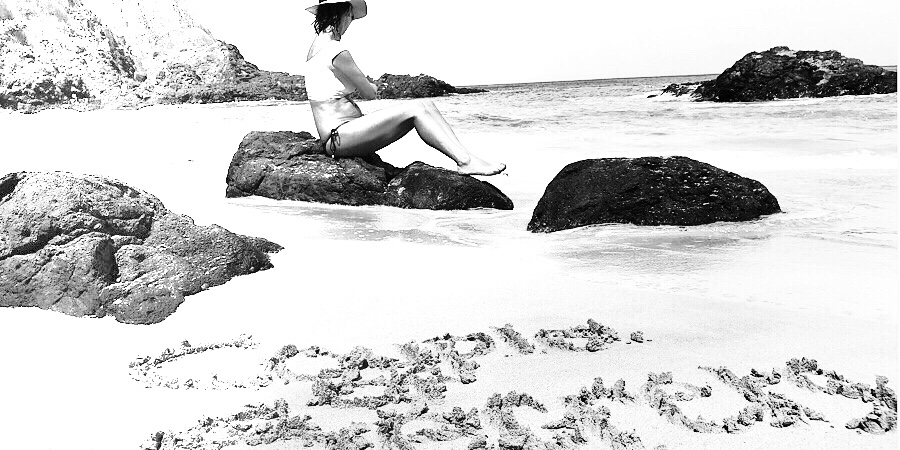 Sex on the beach

When you are surrounded by sandy beaches and crashing waves it is difficult to imagine that it is Christmas time and cold winter in Europe. It is, however, rather easy to imagine that it’s the time and place for sex. I should specify something: it’s empty sandy beaches I’m talking about. And I don’t mean ‘empty’ in a relative sense. The other day, Aliki and I were the only persons on the two-kilometre stretch of pristine sand called Praia Lēao.

The island of Fernando de Noronha, as it turns out, is the perfect place for sex on the beach. That does not mean I was perfectly at ease, though. Aliki had taken off her bikini top and was laying on her back, her round breasts soaking the evening sun, her face hidden under a panama hat. Just looking at her I had only one thing on my mind. And yet I hesitated.

The beach was hemmed in between a steep descent on one side and impassable rocks on the other side, so the chances of being taken by surprise were very minimal. However, while I get a kick I from having sex in rooms full of cavorting couples, the emptiness of the beach was surprisingly disconcerting. While I wanted my partner badly, it felt crass and vulgar to simply take her. I closed my eyes for a moment, and let the ambience suggest its own idea. It came rather quickly.

Under the watchful eye of a curious sea-bird I kneeled between Aliki’s raised legs, moved her bikini-bottom aside and kissed her tentatively. The soft gasp from underneath the hat signalled her willingness, and within minutes I was lost. I guess everyone has his and her own pet position or sexual activity. Mine is making Aliki reach her climax in my mouth. I find it sublime, aroused by the subtly submissive position I find myself in: laying prostrate at the soft altar of a goddess, the love of my life.

In the background, I was dimly aware of the cadence of breaking waves, broken by the occasional (off-beat) avian squawk. In the foreground, Aliki’s moaning rose higher and higher, mingling naturally with the ambient sounds. It was back to basics; a return to the roots when homo sapiens did not distinguish himself from the rest of the ecosystem. It was sex at its most rudimentary.

I don’t know how much time had passed by the time Aliki’s groans reached a crescendo and her body spasmed in my mouth. All I know was that the shadow of her heaving breasts had grown longer and that I was as hard as the boulders blocking the bay on our left. The same boulders on the shoulder of which two figures had just appeared, climbing precariously on the way to the beach.

– ‘Damn hikers! Who the fuck climbs on such rocks?! They’ll be upon us in five minutes!’

Aliki simply looked at me with her smiling eyes. She knows me well and she knew exactly what to do.

By the time the two unsuspecting ramblers wished us boa tarde, Aliki replied gracefully from her towel and I waved from sea, as the water washed away the last traces of our unforgettable experience from my swimming suit.