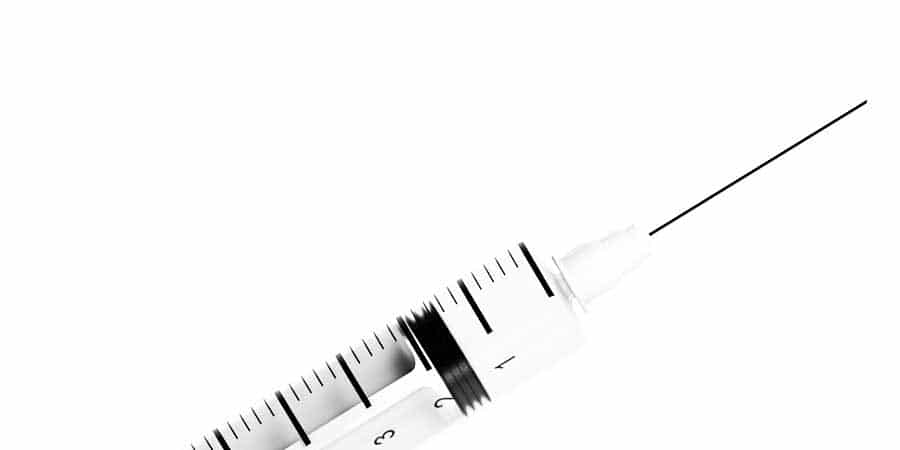 The waiter ushered us to the last available table and I sat uncomfortably on the flaking, blue wooden chair, my glute still sore from the tetanus injection. The walk I had proposed in the afternoon had ended in disaster when the wind blew off Aliki’s hat over a makeshift, rusty iron-fence delimiting an area of maquis. I ignored her entreaties to let the hat be and made my way over the grille. I would never leave my woman without her hat and certainly it wouldn’t be some rusty metal that stands in the way. What I had not planned, though, was to literally bleed for it.

So it was that an hour before our restaurant reservation I had found myself knocking on the door of the only doctor on the island. The doctor – a bearded, plump man with the disheveled look of a car-mechanic – scratched at his copious, unruly hair and asked me inside. He motioned towards a room which, given the clutter, must have doubled as a clinic and a make-shift garage and asked me to take down my pants.

– ‘No. Behind.’ He rotated his index in the air to indicate he wanted me to turn around. ‘Hurt less.’ He did his best to reassure me.

Great. The day I was supposed to give the ring to Aliki would also be remembered for my first backside vaccination in adulthood.

Dinner was exquisite and delightful: everything one would have wished for from homey Greek cuisine. For what seemed like hours, Aliki and I had chatted about everything, her beautiful lips dancing in the candle light, our fingers glistening with the juices of food. But as the remains of the octopus were taken away, I found myself face to face with reality: giving her the ring.

I had thought of it while I munched away at the bifteki and decided I wanted it to be brought to the table with the dessert. I just needed a moment to arrange it with the waiter. I had been lucky that we were being served by an Italian-speaking guy with whom I could communicate without needing Aliki. And my luck persevered when Aliki promptly asked to be excused from the table.

As she turned the corner, I glimpsed the waiter and raised my hand. He did not see me, but I had apparently drawn the attention of the owner. The lady immediately crossed over to our table.

– ‘No, no! No drink!’ I cried to stop her; probably a bit louder than I meant to as the neighbouring tables looked at me.

My time was running out, so I decided to be more direct. I slipped the box with the ring out of my bag and pointing down to my lap, I showed her the corner of the box without lifting it over the table.

– ‘A ring…’ I mouthed it slowly to be understood.

– ‘A napkin! Yes, yes!’ she nodded enthusiastically, mistaking my gestures.

I groaned inwardly and was going to try again when Aliki appeared as if from nowhere.

– ‘I feel like simple watermelon after all that we have eaten.’

My heart sank. In my naivety I had imagined the ring being brought to the table in the middle of a majestic chocolate soufflé that would cause a Sachertorte a self-esteem crisis. Or at least, this being Greece, stuck in a sumptuous yoghurt with honey. But Aliki had already ordered the watermelon.

– ‘No!’ The neighbours looked again and Aliki was taken aback ‘Sorry, love. My turn to go to the bathroom’. If a good relationship is defined by the absence of lies, tonight I had ruined ours.

I headed straight to the kitchen determined to go through with my plan even if the cook threatened me with a machete (or whatever they used in Greece to slaughter lambs). As it turned out, instead, I bumped into my waiter, who was talking to the napkin lady.  (‘I knew he needed a napkin’ she must have thought to herself the moment she saw me.)

I had hardly sat back down at the table when I saw a veritable procession heading out of the kitchen. In front, the waiter stoically held aloft a big dish of bright-red watermelon wedges, carefully arranged around a daintily-ribboned box. Behind him came ‘napkin lady’, the cook (thankfully without his machete), and what must have been the remainder of the kitchen staff, all of whom started clapping enthusiastically as soon they approached our table.

They all burst into a loud cheer the moment the plate was set in front of my confounded partner, whose suntanned face, normally the colour of olives, was fast competing with the watermelon for the reddest hue in the restaurant.

The choice of words and the way they left her mouth left no doubt that Aliki was planning a proper tête-a-tête later. She touched the box in the middle of the plate. The waiter egged her on to open it. At that moment he was decidedly more enthusiastic than I was.

My mind was reeling. My little romantic move had gotten out of hand and we seemed to be single handedly responsible for the good humour of the whole chora that evening, who, I had the feeling, was gathering outside the restaurant to watch the proceedings. How was Aliki going to react?

Time seemed to slow down as she pulled away the ribbon and lifted the lid. All, of course, under the scrutiny of a few hundred watchful eyes (strangely, possibly because brains work at quantum level, at that moment I made a mental note to check if they had the word for ‘privacy’ in Greek’).

Then I shut everybody out and focused on my lover’s eyes.

The moment the ring appeared, her pupils registered a brief instant of panic. ‘Is he proposing?!’ I  could read her thought as if she had spoken it out loud, and almost soiled my pants. But the moment soon passed as Aliki’s brains took over. She understood. And that’s when the look in her eyes melted, revealing the soul of the woman I so deeply loved. She looked at me as she took the ring out of its nest and put it on by herself -an oh-so-subtle message that this was not a marriage proposal after all. Her eyes glistened.

– ‘It is so beautiful on my hand!’, she whispered, looking at me.

There and then, the phrase I had been looking for for so long coalesced in my mind. ‘Will you be the love of my life?’ I wanted to say. But at that same instant, taking the ring on Aliki’s finger to mean a firm “Yes, I do”, the whole restaurant exploded in jubilation. Why, someone was even playing a mandolin!