Am I too old to start swinging? | Ageing and sex

Am I too old to start swinging? | Ageing and sex

Is there an age for swinging? Are we too old to start swinging? Couples often ask these questions before taking the first step into the Lifestyle.

If readers’ emails are anything to go by, these doubts mostly concern couples in their late forties and fifties. Before you read any further, let’s make one thing crystal clear. There is no age limit to start swinging. Sexual positivity is a state of mind. If you feel like swinging, you should go for it, regardless of your age. Nobody will point fingers at you, no one will laugh at you and, rest assured, the club will not fall into sudden silence the moment you drop your clothes.

Swingers tend to be a cool bunch, and when people are naked, they are their most genuine selves. 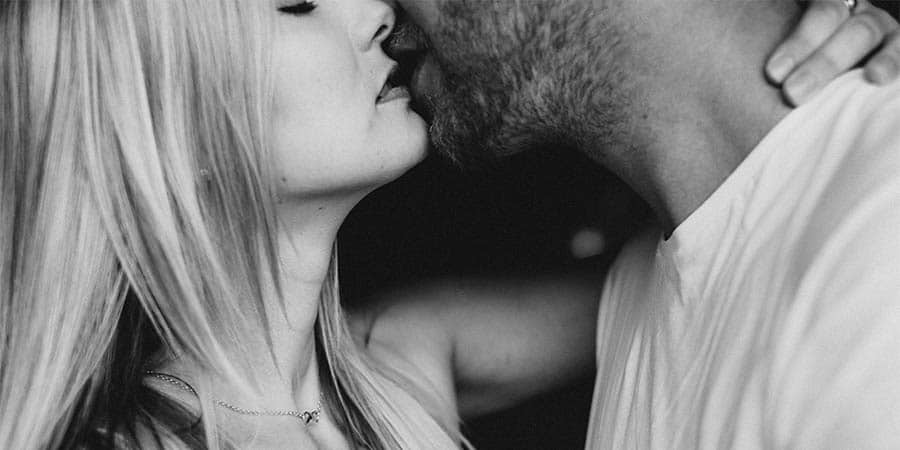 You are just never too old to start swinging

When Aliki and I started experimenting sexually we were in our late thirties and early forties. I use the term ‘sexual experimentation’ because our sexual adventures are not limited to swinging. In any case, the moment we crossed the threshold of our first swingers’ club, we were riven with questions and doubt. But whether or not we weren’t too old to swing wasn’t one of them. So following our readers’ feedback, I became intrigued. 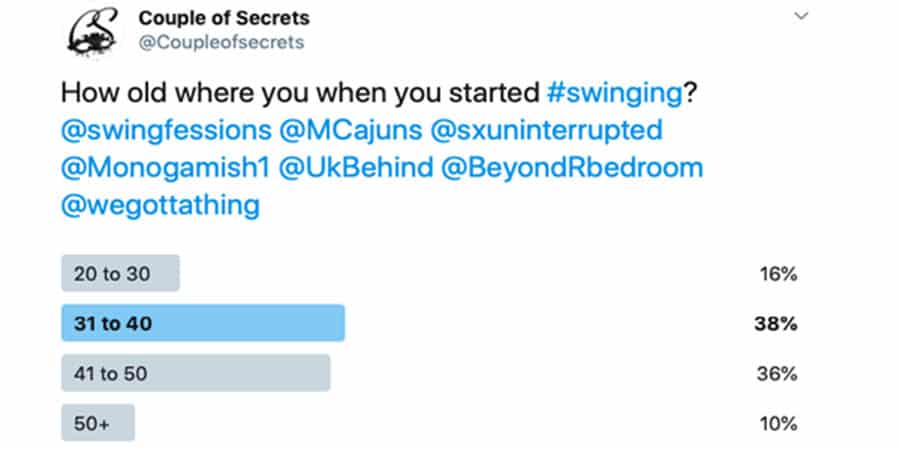 Since we started, we have visited our fair share of sex parties and swingers clubs, in various parts of the world. Everywhere we have been, ages were mixed, but, at a glance, the majority fell within the 35 – 55 bracket. A quick poll on Twitter confirmed our suspicion. Many are those who start swinging later in life. And to me, this makes sense.

You have more time, more courage…

Past forty and, mainly, fifty, you tend to have more time for yourself. Your children have grown up and prefer to stay away from you as much as possible. You find yourself with heaps more free time. And as they used to teach me at my catholic school: too much free time leads to sin. Hallelujah!

It is not only a question of time, though. The older one grows, the more confident one tends to become. You have fewer complexes, and you give less shit about what others think. I consider this nonchalance crucial. It let’s you be who you truly are.

I suspect that many would-be swingers ask whether they aren’t too old to swing not because they truly care about judgment, but because they don’t know the milieu. They simply have never been at a Lifestyle club, and they are concerned about finding themselves surrounded by a sea of twenty-somethings.

Trust me, this will not be the case. You will find some younger couples -and you might be surpised how willing they are to mix with older ones- but the vast majority will be in your age group. Some will be even older! Aliki and I still remember with admiration couples in their late seventies that we saw in some of the clubs.

So put your mind at rest. You are not too old, you’re just at the right age.

And your love is deeper

Unless you have been building a sexual space with your partner from the outset of your relationship, you may have somewhat relegated your sex life. Now it is time for a new awakening!

It’s not only that, though. Your love is now more mature. After so many years together, you know your partner thoroughly, you trust each other more, and you may have come to a point where you perceive and define certain aspects of your relationship differently.

Many of our readers in this age bracket tell us that they find it easier to dissociate physical intimacy from loyalty and love. When you’re in your twenties, seeing your partner going down on a stranger may make you feel insecure and jealous. After a decade or two together, however, you are more chill. Not because you care less -in which case swinging is just an excuse for going separate ways- but because your love is more experienced.

In the last few years, swinging -or ‘The Lifestyle’, as it is often referred to- has become more mainstream. More ordinary couples -parents, lovers and long-time partners- are turning to swinging as a way of expanding their sexual horizons. Why we’re experiencing this phenomenon now would be the subject of an exciting post. For this one, however, I will take it as a given: more and more normal couples are dabbling with the Lifestyle, at least for a while. Aliki and I are a case in point.

Trends happen when they happen. Two or three decades ago it would have been unthinkable for many couples to open up their marriage. Now, that society has changed -at least in some countries- these couples have reached their forties, fifties and sixties, and want to give it a try. You don’t choose which period you live in, but you choose how to live it.

I don’t pretend to be a psychologist. This post is based on our experiences and those of our readers. But if you find yourself asking whether you aren’t too old to start swinging, I do hope that this post goes some way towards putting your mind at ease.

Now, just go and have some fun!

2+2 Swingers Club, Athens | A review
What to wear at a swingers club? | A guide for women