5 weird couples you may meet in swingers clubs 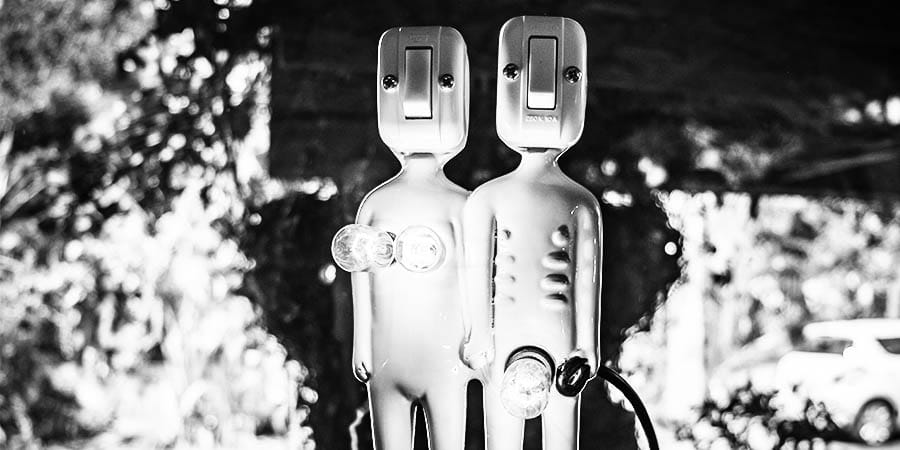 5 weird couples you may meet in swingers clubs

I have already previously admitted to enjoying observing people’s behaviour.

I do so in waiting rooms, during meetings, on trains and even on busses (were I to take any). But there’s no better place to see through people than swingers clubs. You might find this strange, but then again people there don’t have much cover. The large majority of the couples we have met in swingers clubs are fun, respectful and relaxed people -exactly like you would meet anywhere else. There are, however, a few exceptions.

5 types of weird couples you may meet in swingers clubs:

They are not necessarily objectively beautiful. They are, however, always divine in their own eyes. Too perfect to mingle with the common mortals in the crowd. They stick to each other, avoiding the slightest exchange of looks with the rest. But from the way they move around, you can tell that they expect everyone else to be looking at them and preferably to prostrate themselves in adulation. Somehow -and don’t ask me why, because it is one of the hidden mysteries of communal fornication- Adonis and Aphrodite don’t exhibit external signs of pleasure while engaging with each other (otherwise known as ‘having sex’ in the vulgar tongue). Perhaps they would not like to give a bad example to the rest of us, who, in their minds, have stopped to watch and learn how it is done.

– ‘Oh really? And how much is Neverland worth?’

‘Well, it’s definitely not worth paying your entrance into swingers clubs!’ I thought to myself, silently chastising the couple who was just having this conversation. Truth be told, this happened to me only once. But it was a real turn-off. These two were sitting there, still almost fully dressed in the midst of a sea of steaming flesh and were having a seemingly casual conversation while couples cavorted next to them. Then again perhaps they had misread the directions to the “Debate Club”?

Aliki and I make our share of noise during sex. We also find it pretty sexy to see people lost so much in the ecstasy of great coitus that they cannot keep back being vocal about it. But the “ecstasy” is an essential part of the deal. A girl in a club screaming “oh yes, Roger!” at the decibel level of a wailing ambulance just because Roger (supposing she actually got the name right) unbuttoned his jeans does not fit our description. Nor does a guy roaring like an anally-penetrated bull because his woman simply blew a kiss to another, while his main instrument of pleasure is clearly still hanging as limp as a dead slug. Once, in a club, Aliki and I had a veritable laughing fit when we found ourselves in the same room with a couple of Impulsive Screamers. At one point I giggled into Aliki’s ear; ‘Could you please increase a bit your volume, otherwise they’re going to think I am paying you for this?’

I don’t think I will ever forget either the image or the sound. They were on a day-bed in a corner of Fata Morgana. He was sitting with his legs wide open and she was in between, in exactly the same position. They were looking around the room, clearly excited by the goings-on. Nothing wrong in that. What was particularly disturbing, however, was the continuous, rhythmic sloshing noise that emanated from their corner, as the guy methodically rubbed his partner’s genitalia. Slosh, slosh slosh… it literally sounded like someone was washing the dishes or sucking noisily on a lollypop. And it went on and on for what seemed like hours, without any change in the cadence or the level of excitement of either of them. Had we already discovered OMGyes by then, I would have dropped them a hint and possibly avoided the psychotherapy I needed afterwards!

The Prowler (and Wife)

‘There, there! The Red-head is in that room! Go! Go! ‘ And with that, the Prowler pushed the poor, wretched wife in the direction of his object of desire. Clearly lost, she hovered undecidedly around the Red-head and her partner and then tentatively touched her. The Red-head showed no sign of interest. Clearly unsatisfied by the unsuccessful execution of his orders, the Prowler huffed and puffed. He then walked across the room and started having sex with his woman while trying to grope at the Red-head. The latter and her partner, sensing the unwarranted, overzealous behaviour, simply stopped and walked away. Thankfully we only ran across this type of couple only once, in London, and I have to admit that I was aching to round up a few guys and give the despicable Prowler a taste of his own medicine.

5 reasons to cheat and why you shouldn't
The Womanizer